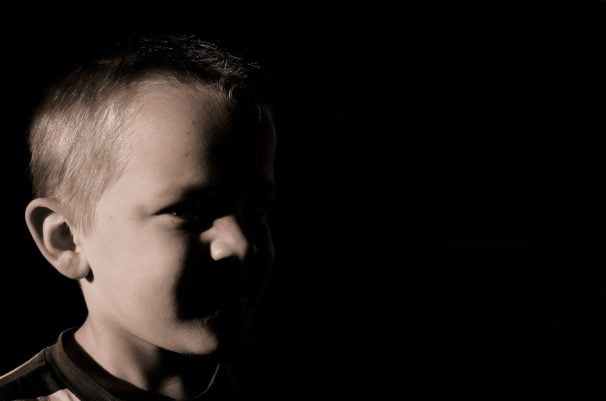 The Sentencing Council has published a new guideline for how those guilty of child cruelty offences should be sentenced.  It covers three offences:

When does the guideline come in to force?

The guideline applies to all cases sentenced on or after 1 January 2019, this means that cases charged before that date may be affected by the changes if sentences after implementation.

Does it apply to all child harm offences?

No, it doesn’t. When someone is prosecuted for harming a child, the offence charged will vary according to the circumstances, and it is important to distinguish the offences in this guideline from other offences that may be charged, such as assault, murder and manslaughter. There are also cases in which a child is harmed and one person is charged with assault and another with allowing the child to suffer serious physical harm.

Child cruelty offences are complex and can vary greatly so the guideline has been designed to assist with an effective assessment of each case that comes before the courts to help ensure consistent and proportionate sentencing.

Some offenders may be incompetent parents, while others may deliberately inflict harm on children in their care. Offences could include parents or guardians leaving children home alone, neglecting them or putting them at risk through alcohol or drug abuse or subjecting them to sustained and deliberate ill-treatment and violence that leads to serious injury or death.

Offences can also involve a parent or guardian having failed to act to protect their child from ill-treatment by someone else in the household, which can be due to them being victims of violence and intimidation from the same person themselves.

Is there anything new in the approach to sentencing?

In assessing harm to victims, as well as physical and psychological harm, the guidelines for cruelty to a child take into account for the first time the developmental and/or emotional harm that such offences can cause to a victim. This may for example be manifested in developmental milestones that a child has not met.

The guidelines laso introduce a new aggravating factor of an offender blaming others for an offence. This is because such cases will frequently involve one parent or carer/guardian seeking to blame the other for what happened in order to avoid prosecution.

Another factor that has been added that indicates high culpability is “offender with professional responsibility for the victim” to indicate that culpability is higher in those rare cases where, for example a teacher or sports coach abuses one of the children in their care.

The guidelines also contain, for the first time, additional guidance for the court in considering whether to impose custody in cases where the offender has parental responsibility and is sole or primary carer for the victim and other children.  In these cases, the court is reminded to consider the impact which a custodial sentence for the offender would have on the victim and whether this is proportionate to the seriousness of the offence. This will be particularly relevant in lower culpability cases where the offender has otherwise been a loving and capable parent or carer.

Cruelty to a child

The offence of cruelty to a child is broad in its form and severity. Cases may be sentenced in the magistrates’ courts or Crown Court and involve ill-treatment and assault, neglect, abandonment, and failure to protect a child. In the vast majority of cases the offender is usually the parent or guardian of the victim but it could apply to others entrusted with the care of a child. Many of these offences are at the lower end of severity, including low levels of neglect and cases where there is a risk of harm but no harm actually comes to the child.

The new guideline sets out proportionate sentencing levels to cover the wide range of situations that the courts deal with. One offence could involve someone who is an otherwise good parent putting a child at risk through a one-off lapse of care, while another could involve a parent guilty of a campaign of cruelty involving serious violence and sadistic behaviour that leads to a child suffering serious physical or psychological harm.

The main purpose of the legislation for this offence is that it can be prosecuted in instances where a child has died or suffered serious physical harm as a result of an unlawful act, such as an assault, by a member of the household but there is not enough evidence to prove which of the defendants committed the act and they may both blame each other. In such cases before the introduction of this legislation, neither defendant could be found guilty of murder, manslaughter or assault and so nobody would be held accountable. The guideline reflects the aims of the legislation, including for example the aggravating factor of an offender blaming others for the offence.

This offence can also be used in its own right, for example if someone in the household is charged with the murder or manslaughter of a child, another member may be convicted of causing/allowing death, if it can be proved that they foresaw, or should have foreseen, that their co-defendant would commit an unlawful act which risked serious physical harm to the child.

There are very low volumes of offenders sentenced for this offence, due to the fact that where a child has been killed, those responsible are likely to be charged with murder or manslaughter, and where the child was badly injured, a serious assault charge would normally be brought.

Failing to protect a girl from the risk of FGM

This offence is committed when a parent or carer of a girl under 16 allows FGM to take place unless they can show that they were not aware of such a risk and reasonably could not have been expected to be, or that they took reasonable steps in order to protect the girl. The issue of FGM has been of growing concern within Parliament and the public and so the Council is keen to provide a clear approach to ensure consistent and appropriate sentencing when offenders are convicted.

The guideline takes into account the psychological impact these offences can have on victims and acknowledges that by their very nature, all offences of FGM carry an inherent level of harm.

“Child cruelty offences vary greatly. They can range from a one-off lapse of care which puts a child at risk of harm to a campaign of deliberate cruelty which leads to serious injury or even death. This new guideline will help ensure sentences that reflect what the offender has done and the harm to the child. It states for example that cases involving very significant force, or multiple incidents of serious cruelty should always be treated as being in the highest category of culpability. The guideline will also assist sentencers in cases where the offender has also been the victim of abuse from another.”

Please contact us on 0113 247 1477 or email us at info@osgsolicitors.com to discuss any criminal case, our highly experienced team guarantee to provide the very highest levels of service and case preparation.