Soubry and the Nazi Slur – An Offence? 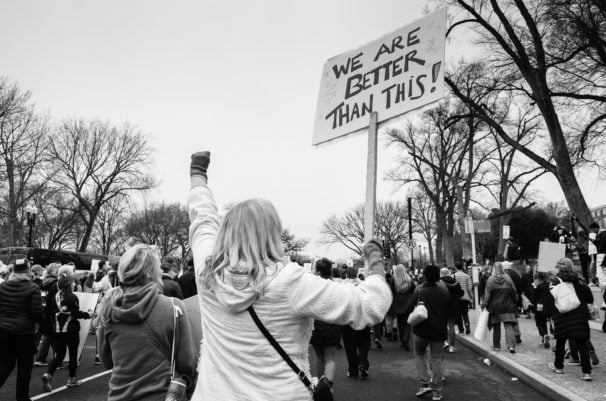 Was it an offence to accuse Anna Soubry of being a Nazi whilst she was broadcasting on Sky News?

Potentially, is the answer.

The Public Order Act 1986 contains the most likely candidates for any prosecution, in sections 4, 4A, and 5.

What are those provisions?

Section 4 is also known as ‘threatening behaviour’, and sections 4A and 5 are both types of ‘disorderly behaviour.’ Section 4 is the most serious, with section 5 the least serious.

The actions of the protestors during the interview, and then later on the street, might be one of these offences.

Which offence is it?

It will be for the Crown Prosecution Service to decide which to charge, and the Court to determine whether the people are guilty. The two behaviours could be charged together, individually, or not at all.

It needs to be remembered that the prosecution will be considering not only the fact that Miss Soubry may have been affected by the behaviour, but also other members of the public around the parliamentary estate.

What about the shouting?

Section 4A says that a person is guilty of an offence if he uses threatening, abusive, or insulting words or behaviour and causes harassment, alarm or distress.

He also has to intend to cause a person harassment, alarm or distress.

Section 5 says that a person is guilty of an offence if he uses threatening or abusive words or behaviour within the hearing or sight of a person likely to be caused harassment, alarm or distress.

The critical difference is the intention of the person shouting the words.

Section 5 also doesn’t require any harassment, alarm or distress to actually be caused, just to be likely to be caused.

And the behaviour on the street?

That could fall under either of the above, or it might be the more serious section 4.

Section 4 says that a person is guilty of an offence if he uses threatening, abusive or insulting words or behaviour towards another person.

Did the protestors definitely commit an offence?

The protestors may be charged and acquitted.

There are also free speech considerations. Article 10 allows for freedom of expression and shouting that Anna Soubry is a Nazi may be protected by that.

Article 10 does allow for free speech to be curbed for the prevention of disorder or crime.

What if I shouted at Anna Soubry?

Each public order offence is different, and each case is too. This is a general overview of the law.

Over the last few days we have seen definitive opinions on this subject, on both sides of the line.

In our view this rush to judgement is somewhat premature, all public order offences need to be seen in context with the full facts carefully investigated.

If you need specialist advice, contact us on 0113 247 1477 or email us at info@osgsolicitors.com and let us help. We can advise on a plea, defences and potential sentences in a wide range of circumstances.