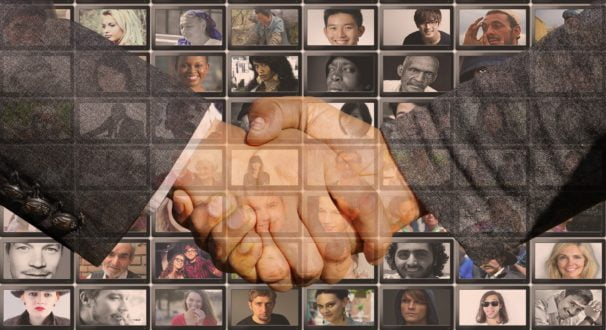 In recent years legislation has been enacted to ensure that crimes demonstrating a hostility towards certain groups of people are treated more seriously than before.

If an offence is said to be racially aggravated, then you should expect a heftier sentence.

What does it mean?

An offence is racially aggravated if, at the time of the offence, you demonstrate toward the victim hostility based on his membership of a racial group or the offence is motivated by that hostility.

So, shouting racist abuse or making comments, will make an offence racially aggravated, as will the situation where no comments are made but the offence is committed against someone because of their race.

Offences as a result of hostility toward a religious group, rather than racial, are treated in the same way.

The fact that the victim may be indifferent to any abuse is irrelevant to whether the offence is racially aggravated.

It is also irrelevant if the reason for the offence was unrelated to race. For example, abusing a doorman because he wouldn’t let your friend into a club.

How does it affect sentencing?

The starting point is to consider the sentence that would have been imposed for the offence if it was not racially aggravated, considering all other aggravating or mitigating factors.

The sentence will then be increased to take account of the racial aggravation.

The extent of the increase in sentence will depend on the level of aggravation. The court will consider whether the offence was:

Account will also be taken of any distress caused to other persons or the wider community and whether the offender was a member of a group that promotes hostility.

Does it have to be charged as being racially aggravated?

Even if the offence isn’t specifically charged as being racially aggravated the circumstances can be treated as an aggravating feature in sentencing (O’Leary [2015] EWCA Crim 1306).

We can advise you whether your behaviour does come within the racially aggravated definition or not, consider the evidence for you and we can also advise you on the likely penalty. This article is intended as a brief overview, if you would like to discuss any aspect of your case, please contact us on 0113 247 1477 or email us at info@osgsolicitors.com.