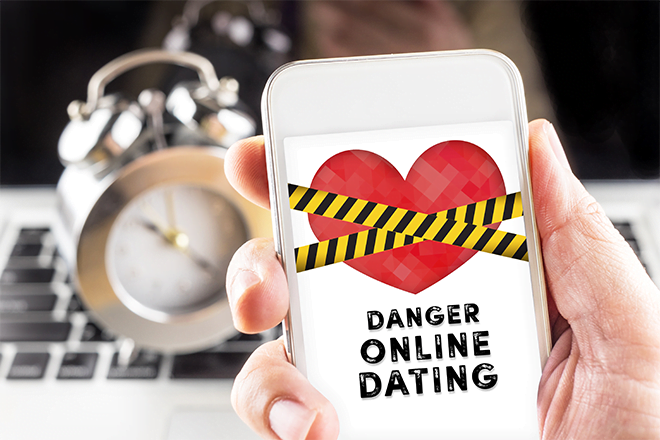 With busy modern day lives, many are now turning to the internet to find potential friends or partners. Tinder, Match.com, e-harmony, Facebook, Twitter and Happn are just a handful of online sites that are geared to helping people connect and form relationships.

However, meeting people online creates potential risks, as the recent Stephen Port case shows. Unfortunately, this is just one of many cases that have resulted in scams, abuse or, sadly, fatalities.

It doesn’t matter about your age, gender or relationship preference, being careful and understanding the risks of online dating applies to everyone. It’s a minefield and can lead to people becoming exposed and vulnerable.

If you’re not aware of the Stephan Port case, he was recently jailed for life for the murder of four young men. Stephen used online sites to lure his victims to his London flat before drugging them with lethal doses of a date rape drug.

The internet is an ever-changing world and so the laws, rules and regulations surrounding online grooming, abuse and exploitation are difficult to keep up with. Old legislations are having to be amended to incorporate new online offences.

One area of major concern is the vulnerability of children. The NSPCC launched a ‘Flaw in the Law’ campaign which led to David Cameron introducing new legislation in 2015 making it an offence for an adult to knowingly send a sexual message to a child and The Sexual Offences Act 2003 now includes sexual grooming. Although action can only be taken by authorities where it can be proved an adult intended to meet a child, increasingly, online abusers have no intention of meeting the child physically. They may, for example, persuade a child to perform sexual acts via a camera function.

While the policies around these issues continue to be improved and developed, there is also a major need for educating the public on staying safe when developing relationships online. There are many support groups and sites out there to help and a bit of research and reading before engaging with someone unknown could make all the difference to someone’s safety.

Join us on Twitter @Ogarras to discuss this topic further.