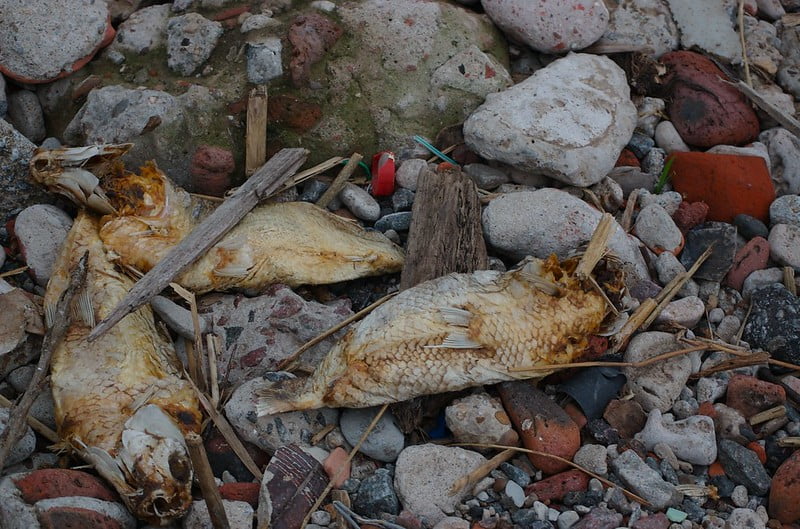 The Environment Act provides legally binding targets to be enforced by a new Independent Office for Environmental Protection, which will hold government and public bodies to account. The Environment Agency set out the following key points from the new legislation:

The government says the Act will “deliver the most ambitious environmental programme of any country on earth” with an aim to halt the decline of species, clean up the air, protect our rivers and reform the way we deal with waste and tackle deforestation overseas.

The Environment Agency says that they will have more tools to use in their work, and progress is already being made in implementing the polices within the Act.

The Agency also investigates and, where appropriate, prosecutes relevant cases, some of which have been recently reported.

In Dereham, Norfolk, Colin Barnes was a garage proprietor investigated by the Agency. He admitted storing end of life vehicles and car parts illegally at his site. When he appeared at court in May 2021, his sentence was deferred for six months, and he was given the opportunity to work with the Agency and clear the site. Unfortunately, the site wasn’t cleared, and pollutants such as fuel, brake fluid, tyres and batteries remained. In between the two hearings, the Agency also found that new end of life vehicles had arrived at the site. The magistrates said there had been a wilful refusal that meant a custodial sentence was appropriate. He was given 16 weeks imprisonment, suspended for two years, and an order was made for the site to be remediated. If the site is not remediated by the set date, he can face further court proceedings. He was also ordered to pay the costs of £8,289.79.

Ben Hembrow appeared at Taunton Magistrates’ Court and pleaded guilty to causing an unpermitted water discharge activity in that poisonous, noxious or polluting matter was discharged from his farm into fresh waters. He previously appeared before the court in 2016 charged with similar offences and was fined—the new offences related to three occasions where slurry and dirty yard water contaminated a local watercourse. With costs and fines together, he is to pay £11,424.38.

Robert Rickman pleaded guilty to illegally operating a waste operation for the deposit, treatment and storage of waste, being end of life vehicles. His brother, Barry Rickman, pleaded guilty to knowingly permitting the operation of the site. An investigation found 150 to 200 vehicles and numerous car parts at the scrapyard, which was being operated illegally. Initially, a plan was agreed to clear the site within 12 months, as few vehicles were removed a prosecution followed. Barry was fined £2,000 with £1,000 costs, and Robert received four months imprisonment suspended for 12 months with 150 hours of unpaid work.

Two of these cases involved end of life vehicles, and there are standards in place for dealing with them. A site for the processing of waste vehicles must be licensed with the Environment Agency. A permit is granted subject to conditions aimed at protecting the environment and the local community. The conditions are to protect from potentially harmful substances and also to require appropriate systems and infrastructure. Sites must have security to prevent unauthorised access and must have systems in place to prevent the escape of waste and prevent/contain spillages.

[Image credit: “Dead fish from river pollution” by blmurch is licensed under CC BY 2.0   ]