ARE YOU BREAKING THE LAW WITHOUT KNOWING? TEN WEIRD LAWS YOU WEREN’T AWARE OF… 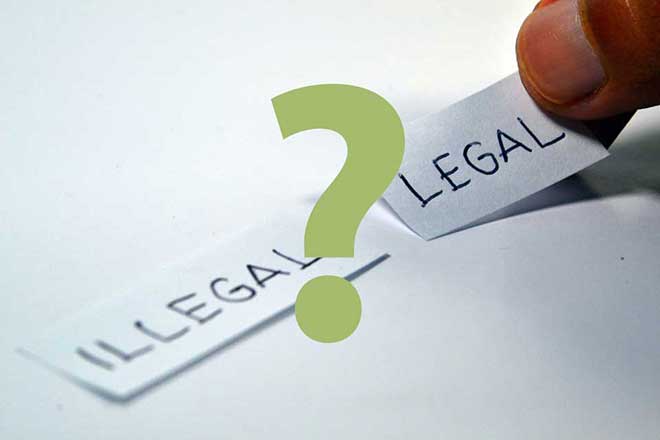 Since the Government triggered Article 50 last week, we’ve seen many debates about what will happen to EU laws in Britain over the next two years and beyond.

So we thought we’d have a look at some of the more ‘bizzare’ laws which apply in England & Wales. Some of which probably should have been scrapped, but have slipped under the radar… Take these for example:

1. Did you know it’s illegal to be drunk in a pub? How many of you have broken the law? This was brought into effect in 1872.

2. It is illegal to carry a plank of wood along a pavement (as well as any ladder, wheel, pole, cask, placard, showboard or hoop) in the Metropolitan Police District, London. This has been a law since 1839.

3. Who enjoyed a game of knock-a-door-run when they were a kid? Did you know that knocking on someone’s door and running away has been illegal since 1839?

4. Here’s one for all you London commuters. Have you ever jumped the queue in the tube ticket hall? Well, that’s illegal as well!

5. It is illegal to handle salmon under suspicious circumstances – this law was brought into effect in 1986.

6. Did you know that if you get an alarm fitted at home, it is against the law to activate it without nominating a ‘key-holder’ who can switch it off in your absence?

7. It is illegal to shake or beat a rug, carpet or mat (except doormats before 8am) in a thoroughfare in the Metropolitan Police District.

8. Any beached whales must be offered to the reigning monarch and automatically becomes their property. This has been in forced for hundreds of years, since 1322!

9. Did you know that it is illegal to wear armour in parliament? We’re guessing this won’t be an issue for most of you. This dates back to 1313 and was issued during a period of turmoil in English politics.

10. And one for all you countryside folk, don’t be herding cows while intoxicated. It’s illegal to manage cattle while drunk!

How many of these offences are you guilty of?

Of course, we see many court cases which leave the mind boggling – and wonder how on earth they ended up in court in the first place.

Now, it’s not unheard of for people to seek compensation for physical abuse or being attacked. But in 2014, Cathie Kelly (59) in 2014, claimed she’d fallen down and hurt herself after a seagull assaulted her. She claimed it came for her at full speed, straight towards her. As a result, Mrs Kelly demanded £7,000 from the landlords of her workplace. She claimed it was their responsibility to deal with the birds, which became aggressive when their chicks were born.

In another crazy case, Cathy McGowan got lucky and won a car when she entered a competition run by her local radio station. She was obviously overjoyed until she found out it was a 4inch long model of the motor when she was expecting a full-sized Renault Clio. She decided to sue the station for £8,000 – the price of a new car. The judge in Derby said a contract had been formed between the station and the winner and they were ordered to pay her.

So there we have it 10 unusual laws that are still in place in England and Wales today and some crazy court cases. Do you think any of these will form part of the Brexit divorce discussions?